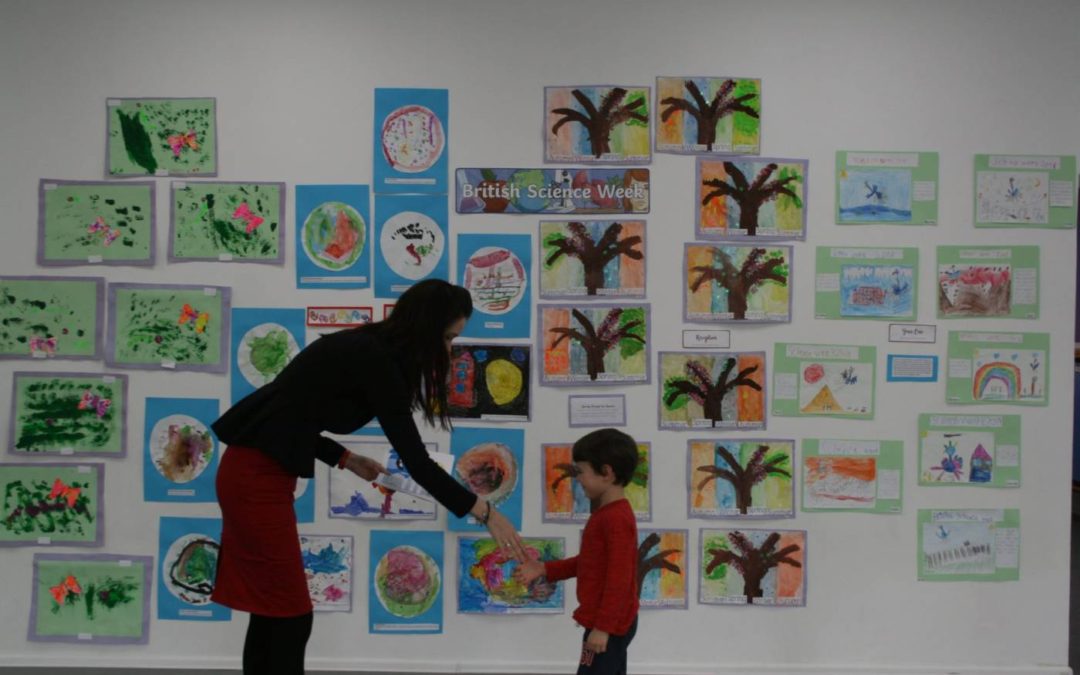 Britannia School students celebrated British Science Week 2019, from 8th 17th March. It gave our students an opportunity to explore, research and conduct experiments, during a week of science, technology, engineering and maths.

Each age group designed their own poster, which were then displayed in our hall. At the end of the week, the children attended an awards ceremony where each child received a British Science Week certificate, issued by the British Science Association. One special child from each age group was also awarded a prize for the best poster.